Today a ‘Mega Blood Donation Camp’ was held by the Dilasa Medical Trust and Rehabilitation Centre jointly with Shree Aniruddha Upasana Foundation and the Aniruddha's Academy of Disaster Management. This was the 21st year of the Mega Camp. The activity of organizing the blood donation camps, which started under the guidance of Dr. Aniruddha Dhairyadhar Joshi (Sadguru Shree Aniruddha Bapu) in the year 1999, is held across the state of Maharashtra.
Today, blood donation camps were held in Mumbai and at 32 other locations across 8 districts of Maharashtra. The Mega Blood Donation Camp that was held in Mumbai saw the participation of 34 blood banks with their 85 doctors, 176 paramedical staffers and 309 support staffers participating in the activity. In addition to it, 50 doctors, 75 paramedical staffers and about 1200 Shraddhavan volunteers of the Sanstha took part in the devotional service. 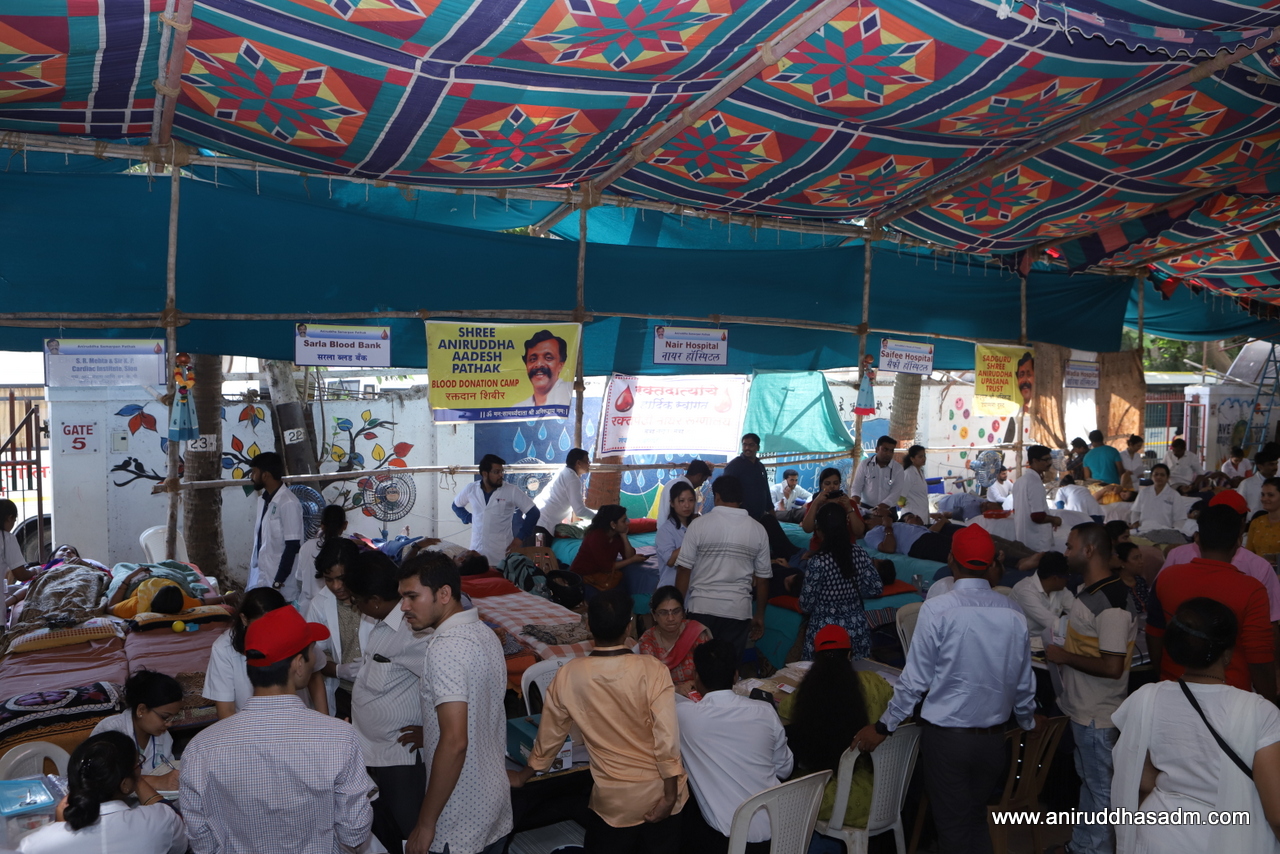 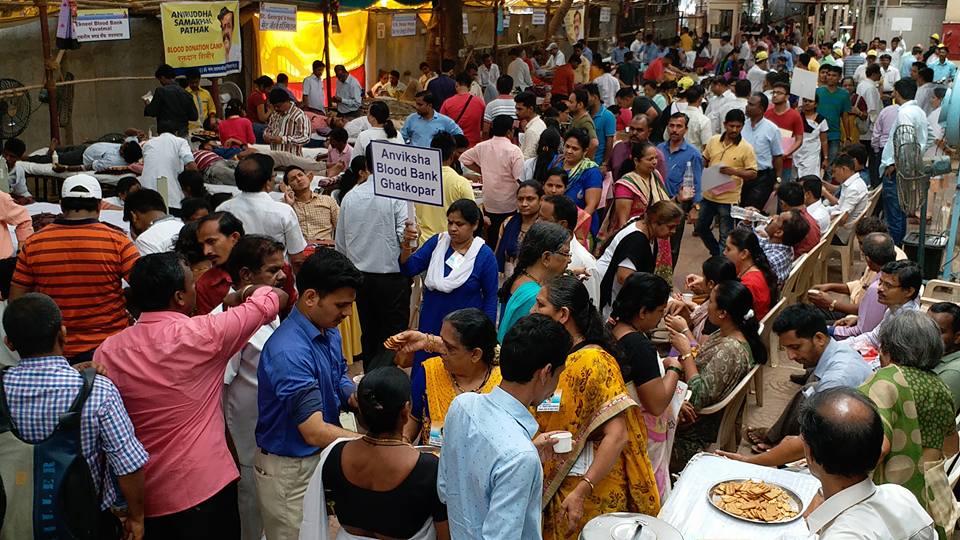