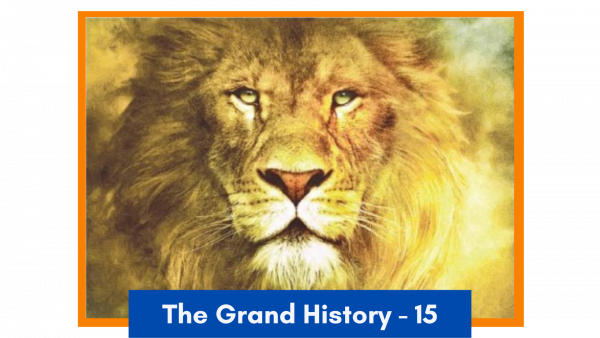 At the time when Agastya Muni entered the region of Tamilham (Tamil + Kerala), worship of the sun was already being practiced, but most importantly, the 'Linga Pujan' performed here was the worship of Bhagwan' Shiva'. Bhagwan Shiva was revered as the supreme tutelary deity, and rituals such as performing abhishek (anointing), offering flowers, offering naivedya (offering of sacred food) and singing Aarti were an essential part of Shiva pujan. The description and stories of Bhagwan Shiva were strikingly similar to that of Bhagwan' Rudra' in the Vedas; in fact, they were one and the same. Agastya Muni himself first learnt Tamil and with the help of elders in the region, who had some residual knowledge of Sanskrit, taught Sanskrit to the southern brethren and thus reunited the society that had been separated by the Vindhya Mountains.

In these regions, the already existing temples dedicated to Bhagwan Shiva were not only huge and grand, but their architecture was also beautiful and magnificent. Inspired by Agastya Muni, the stories of Bhagwan Shiva began to be inscribed in pictorial form in the precincts and on the walls of these temples. Also, the 'Rudrasukta' from the Vedas was wholeheartedly accepted for the abhishek of 'Shivalinga'. Due to the selfless service rendered by Agastya Muni towards the Tamil language and the unification of states that he brought about, these people felt as if he was one of their own, as also about the people of the community to which he belonged.

During that period, the rain god, 'Akash Kannigai' used to be worshipped in all villages of Tamil Nadu. For them, he was the brave, valiant, protector, who provided nourishment to them and took care of them. A few descriptions of him were, to some extent, similar to that of God Varun, while a few were somewhat similar to that of Indra. Moreover, the drink that the Rain God relished, which was made from 'Pongal' (rice), and somaras which was Indra's drink had properties that matched hundred percent. As a result, Indra and the primary deity, 'Akash Kannigai', gradually came to be considered as one. Likewise, the oneness between 'Pusha', the Vedic god and protector of animals and 'Pushan' or 'Mayon', the animal-protecting god in Tamilham was established.

In ancient Tamil literature, 'Pushan Mayon' has been described as one with a beautiful face, dark complexion and the one who plays the flute, whose enchanting sound pervades the entire creation.

'Korravai' was an ancestral tutelary deity (kuladevi) from the Palaya region of Tamilham. Her name was 'Kaali'. She was the daughter of 'Parvat' (mountain) and Shiva's consort. Agastya Muni accepted 'Kaali' as the form of Jagadamba Parvati and began worshipping her son, 'Sheyon' or 'Subramhanya', as 'Kartikeyaskanda' due to his resemblance to Kartikeya. The main reason for it to happen easily, was that the festival (Utsav) of both is observed on the day of 'Skandashasti' (sixth day of the lunar fortnight or sixth day of Shukla paksha of month of Magha.

The royal family of Pandyanadu first began constructing beautiful temples of Shiva by carving stones and Agastya Muni conferred the name 'Mahadev' on Bhagwan Shiva. Due to the encouragement and support of the Pandya kings, trade was carried on by the sea route of Pandyanadu, and on the advice of Agastya Muni, these boats now sailed up to the ports of Orissa, Bengal and Shurparak.

Thus, this community, with a great culture that had been split into two in the flow of time, once again began to develop into a homogenous society. Most importantly, Agastya Muni, after becoming the Kulaguru of the Pandya dynasty, arranged to send annually inhabitants of the Pandya region, across the Vindhyachal to the north, accompanied by his chief disciples. On their return journey, these people started bringing along with them many of their brethren from the north, as also different kinds of goods. As a result, in the north, too, Shiva pujan became the basis of the worship of Rudra and the southern sculptural art came to be respected and accepted in the construction of temples and town planning.

Agastya Muni's ashrams located in Dandakaranya played a very important role in carrying out the extremely auspicious task of connecting north and south Bharat. These ashrams acted as a guide for travellers travelling in both directions and, therefore, these ashrams came to be known to a majority of the people in the north and south Bharat. Gradually, these ashrams grew in number and they brought together people from north and south Bharat. Sutikshna Muni, who, as mentioned in Ramayana, provided a lot of information to Rama, was the first Kulapati (patriarch) of this Acharya Sankul (a facility for training people to be Acharyas). In the Dandaka forest, a beautiful union of the cultures of north and south took place and old broken links were restored again. 'Nainmar Manikkavachchakar', the second most revered great man of the school, who succeeded Sutikshna Muni, was also the Amatya (Minister and Counsellor) of King Pandya.

Sage Agastya had indeed brought Vindhyachal to its knees because, barring two peaks, the height of Vindhya mountain is nowhere less than 1600 feet above the sea level, and as far as its length is concerned, it is 700 miles long. Facilitating transport by crossing such a vast and immense mountain while also having to confront the dense forests, wild beasts and ruthless demons; doesn't this amount to making the mountain bow down; and that too in an era when the knowledge of mechanics and science was in a very nascent stage?