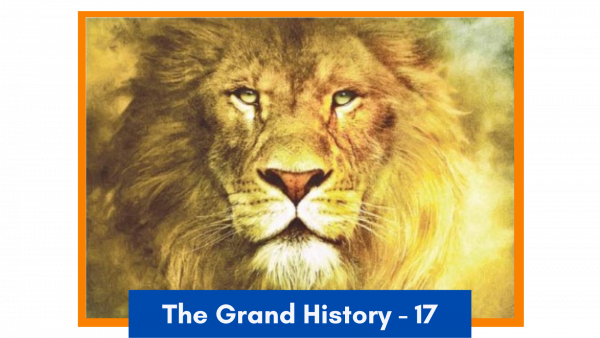 Maharshi Agastya was very proficient in medicine too and due to his inquisitive nature, he carried out many types of research, which led to the advancement in the science of medicine. The first reference to this is found in Rigveda (Rigveda 1/118/8). An emperor named Khel pledged his allegiance at the feet of Maharshi Agastya and made him his ‘Dharmaguru’ (Spiritual Guru). Later, once, when Vishpala, the chief queen of King Khel, was fighting demon kings alongside her husband, demons abducted her by making use of powers of illusion and deceit. However, braving the situation, queen Vishpala escaped from their clutches, but in the scuffle that ensued, the demons cut off her right leg from the thigh. Despite being in that condition, queen Vishpala managed to return to her camp riding on an unbridled and unsaddled horse. At that time, she was barely in a conscious state. Agastya Muni treated her and brought her back to consciousness. However, due to the disability, queen Vishpala began slipping into depression. Agastya Muni could not bear to see the sorrow of this stateswoman and a valiant and pious queen. So, Agastya Muni prayed to the Ashwinikumars and commenced his research and thus successfully fabricated an artificial leg made from iron and attached it to queen Vishpala’s disabled leg. This is the first instance in written history wherein a reference for creating and fixing an artificial leg is found. This achievement of a medical scientist, that too thousands of years ago, is indeed a matter of great pride and respect for us, Bhāratiyas. It was queen Vishpala who helped Agastya Muni on all fronts in conquering the Vindhya mountain.

In Ayurveda, which is known and practiced today, the place of the ‘Agada-tantra’ is of paramount importance. It provides in-depth guidance on different types of venoms, venomous animal bites, etc. In South India, it is believed that the ‘Agada-tantra’ was propounded and written by Bhagwan Agastya and was passed on to his son Paulaha.

Moreover, ‘Agasti’ is also a name given to a major star in the constellation of stars in the southern sky. According to the reference cited in the classic composition, ‘Raghuvansha’, with the rising of the star Agastya on the Bhadrapada Pratipada (the first day in the lunar fortnight of the Hindu month of Bhadrapada), the water of rivers and reservoirs, which becomes muddy due to rains, begin to purify as a natural process. It is also believed that the radiance of this star neutralizes the toxins on Earth. Even today, in remote villages, a vegetable named ‘Agasti’ is regarded as a detoxifying vegetable that forms part of the diet. The village doctors believe that if the juice of the leaves of this vegetable is rubbed on wounds and injuries, the worms thriving on the wound are killed and the wound heals quickly. The connection of the name ‘Agastya’ with ‘detoxification’ in both instances is, in fact, an indication of the great work carried out by Agastya Muni, a part of which has been respectfully preserved by folklore.

The ‘Agastya Samhita’ is an ancient Grantha (religious treatise), comprising of 33 chapters. This Grantha has manifested through the dialogue between Bhagwan Agastya and his chief disciple Sutikshna Muni. In the Grantha that narrates the eminence and glory of Ram-naam and Ram-mantra, Agastya Muni removed many of the then prevailing misconceptions and established new practices. It was through this Grantha that the ritual ‘Agastya-arghyadan’(अगस्त्यार्घ्यदान) was introduced. Further, in this book, there is an attempt to replace the practice of animal sacrifice in havans and poojans and, in its place, establish the practice of offering raw rice mixed with curd. In addition to this, it was propagated that when a prayer includes the chanting of the Vedic mantra, ‘Agastya: Khanamaan: Khanitrai:’(‘अगस्त्यः खनमानः खनित्रैः), Agastya Muni renders peaceful the act of sacrifice and thus, killing of animals is no longer needed. This goes on to prove that Maharshi Agastya was not only ready but was also competent to take responsibility for his words.

In the temples dedicated to Maharshi Agastya located in South India, sacrificial rituals of any sort have never been performed since ancient times. However, only once a year, when the Sun enters the zodiac sign Leo, thereafter on the 21st day, i.e., when the star Agastya rises, ‘Agastya pujan’ is performed, followed by the ‘Agastya-arghyadan’ (अगस्त्यार्घ्यदान) ritual. Once this is done, fruit is offered in the water.

Having realized that while establishing reforms in society, merely eradicating wrong practices is not enough; appropriate practices need to be introduced, Agastya Rishi performed every task of his in keeping with this point of view, and is, therefore, also acknowledged as a great expert in psychology.

His wife, Lopamudra also has a unique place in his work. In the next article, we shall offer our obeisance to Lopamudra.