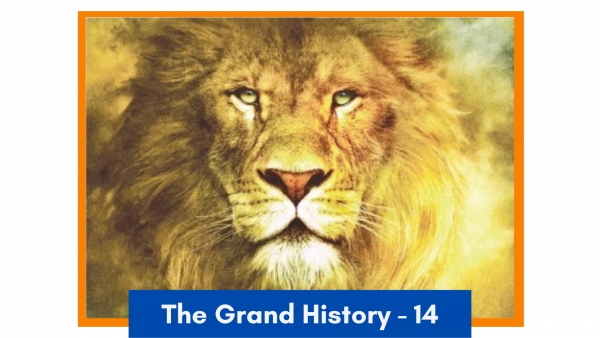 After entrusting the responsibility of his ashrams in Dandakaranya to one of his foremost disciples, Suteekshna, Agasti Muni proceeded to Vindhyachal with ‘Nakkirar’, a government official. However, as the whole of Vindhyachal was covered in dense forest, they faced two major challenges which hindered their journey, (a) monstrously large trees, which blocked even the tiniest of sunrays and (b) ferocious beasts that roamed freely. Agasti Muni was accompanied by 108 of his young disciples. In spite of being faced with most daunting situations, they made their way through the dense forest, seeing off the wild beasts and cutting down the trees, and in the process, even created a pathway. ‘Nakkirar’, through his travels, had got to know that the forest tribes of Shabar, Vidyādhar and Traipur inhabited the two Vindhya Mountain ranges of ‘Rukshawan’ and ‘Pariyatra’. Agasti Muni, soon, succeeded in reaching these settlements. He helped these forest dwellers with his knowledge of medicine and developed a close bond with them. During that time, these settlements were severely affected by some strange fever, resulting in the death of scores of children. Agasti Muni brought this outbreak under control, as result of which these forest dwellers began to consider Agasti Muni as their Dharma Guru (religious leader). Although these tribes were forest dwellers and cut off from the mainstream of society, they were not uncivilized. They had a prevalent tradition of their own that had strong links with the original Bhāratiya culture. Sun and Shishnadev (Lingam) were their tutelary deities, while Agni was regarded as the village guardian deity. As a result, there was no difficulty in the meeting of minds. There was another reason for these tribes to consider Agasti Muni as an angel and their protector. To the southwest of these settlements lived the Pishāchcha, Tamas and Dashārna tribes. These tribes were extremely cruel and indulged in human sacrifice. Also, their physical strength and their population far exceeded that of the Traipur settlers. These savage tribes derived their names from the rivers Tamsa, Dashārna and Vipāshā, which originate in the Vindhyas. As the entire Rukshawan Mountain was under their control, they were called ‘Rukshas’ or ‘Rakshas’. Agasti Muni imparted weapons training to the Shabar, Maitrak and Vidyādhar tribes and successfully prepared them to fight the ferocious tribes.

Thus, having duly accounted for the ferocious Rakshas tribes of Vindhyas that practised human sacrifice, Agasti Muni proceeded ahead. Along the way, the Vidyādhar tribesmen introduced Agasti Muni to the two large settlements of the Velir and Aruvālar communities, who lived on the southern slope of Vindhya Mountain. The Vidyādhar tribe was, originally, a branch of this society.  The Velirs and Aruvalars knew that one of their branches lived in hiding in the Vindhya Mountain for fear of the Rukshas, and hence the reunion of the Vidyādhars with the Velirs and Aruvālars was a highly welcomed and joyful event for both sides. The primary occupation of the Velirs was animal husbandry, while that of the Aluvālar society was agriculture. Both these communities worshipped Sun God and Shisnadeva, just like the Vidyādhars and Maitraks did. But they also worshipped Agni and the mantras they recited in worship also contained many Vedic Ruchas (hyms). Moreover, the elders of both the communities were well aware of their origins. Therefore, they both looked upon Agasti Muni as the son of the Sun God, sent by the Sun God himself to once again bring them together. Agasti Muni, too, brought these dispersed communities together and organized them into a well-knit society.  Agasti Muni’s continued teaching of medicine and training in the use of weapons earned him a place of utmost respect within these communities. By the time he resumed his journey, he had learnt their mother tongue, Tamil.

As soon as Agasti Muni descended from the Vindhya Mountain, he came across the kingdom named ‘Vengadam’, which was predominantly agricultural. During those times, this southern region was known as ‘Tamilham’. Modern day Kerala and Tamil Nadu together formed the Tamilham region. It had five major divisions - 1) Pālaya; 2) Mullaya; 3) Nediyal; 4) Marudam; and 5) Purinji. The people of Mullaya and Marudam were animals herders and farmers, while the Nediyal community lived near the sea and thus depended on it for their livelihood. All these communities were predominantly Tamil speaking, whereas those who lived in the region falling between ‘Udakamandalam’ upto the mouth of the river ‘Tamraparni’ spoke Malayalam.

The ancient history of Tamil Nadu is replete with stories of Agasti Muni. The kings of the two kingdoms Vengadam and Pāndyanadu were blood brothers, while the king of Cholanadu was a maternal cousin of both. Knowledge of sculpture, agriculture, weaving and ornamentation had flourished in all three kingdoms. These states also had many towns built in a well-planned manner. Koluvu, the Aruvālar king, was a vassal of the king of Pāndyanadu. Hence, Agasti Muni received a warm welcome in Pāndyanadu. Although the kings of these three kingdoms were brothers, they were constantly at loggerheads, resulting in the gradual destabilization of the social order. Within no time, Agasti Muni’s wisdom figured out that the mutual enmity between these three kingdoms was hampering the development of the civilized and virtuous Tamil region. He then brought about a reconciliation between the three kingdoms.

Agasti Muni then became the Kulaguru of the royal families representing the five major kingdoms of Pāndyanadu, Cholanadu, Chernadu, Tondainadu and Kongunadu. One of the major contributions of Agasti Muni was authoring the text  ‘Agattiyam’, which taught the comprehensive grammar of the Tamil language.  Nakkirar has also written a commentary on it, which is available even today. Agasti Muni embraced the great culture of Tamil Nadu and the Tamil language with respect and honour. It marked the beginning of a grand chapter in South Bhārat.