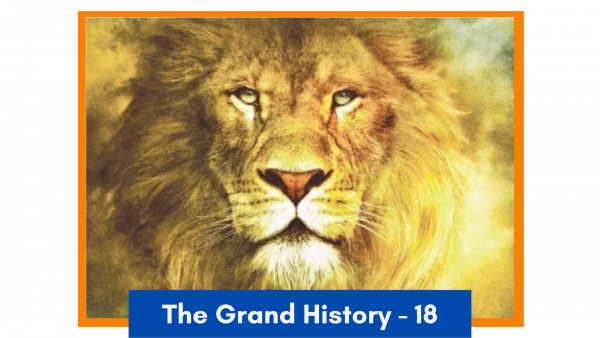 Lopamudra was the princess of the kingdom of Vidarbha. She was very beautiful, like an apsara (heavenly maiden) and was also very holy and pure and would always conduct herself well within her limits. Aditimata (paternal grandmother of Agastya Rishi) had ordered Agastya to marry Lopamudra. But, being a devout celibate, without having the slightest attraction towards worldly pleasures, who embarked on a journey in search of eternity and completely committed himself to unite the great Bhāratiya civilization and culture that has preserved and protected the eternal values; asked Aditimata, "Mother, can a princess get worldly pleasures from a person like me?"; to which Aditimata replied, "Lopamudra is born only for you and hence there is no reason for you to worry." At the same time, a sage named 'Vaidathin', who was amongst the creators of the Vedas, came and met Lopamudra. This sage Vaidathin was, in fact, the eldest son of the king Vidathi and was his crown prince too. He was an ardent devotee of Indra and used to offer Havi (oblations) to Indra during the Brahmamuhurta (auspicious pre-dawn period) and had an ardent desire that he should serve Indra. Pleased with his devotion, Indra granted him a boon. Even then, Vaidathin reiterated his desire to serve Indra.  Thus, Indra took his help in the war against Pipru and, together, they destroyed all the cities of Pipru. Thereafter, Indra granted him various spiritual powers and knowledge. This great Rajarshi came to meet Lopamudra and acquainted her with Agastya Muni and narrated Agastya’s mission to her. When Lopamudra was impressed by Agastya Muni's feats, Vaidathina told her, "Indra himself has asked you to be Agastya's wife."  Agastya and Lopamudra then got married at ‘Sindhutirtha’, a holy place on the banks of the river Sindhu.

Lopamudra, who came to know about Agastya's extraordinary feats before marriage, became a devotee of Agastya due to their constant companionship after marriage. She always tried her best not to be a hindrance in Agastya’s mission due to her presence. As a result, she could not become a mother even after 25 years of marriage. According to the famous ‘Lopamudra-Badrika’ legend in the South, Agastya Muni was pleased with her hard work and granted her a boon. Lopamudra then asked, "I want such sons, who will be endowed with all your virtues and who will carry forth your mission." In a section in the Rigveda, there is a mention of the conversation between Agastya and Lopamudra's about conceiving children. This conversation is not just a dialogue between some ordinary husband and his wife, wishing to have children or an expression of lust. This conversation is, in fact, a sacred dialogue of two superior mutually dependent human emotions, namely valour that is based on truth and bhakti that is based on love. What emerges from this conversation is a very important principle, that valour that is devoid of bhakti and bhakti that is devoid of valour just cannot exist.

Lopamudra bore four sons of Rishi Agastya, namely Indrabahu, Dridhayu, Paulaha and Aiy. All the four sons continued to carry on the mission of their father with the same dedication.

One of the important accomplishments of Lopamudra is her great contribution in Agastya Muni’s mission in South Bhārat. In addition to taking care of the disciples of Agastya Muni's ashram, she set up 'Tirukannigai' schools in the cities for the women from the royal family, as well as for girls who wanted to pursue education. This made the task of Agastya Muni much easier. Lopamudra herself was an accomplished musician. Her schools taught music and Veena (harp), among other things. Almost every girl in the respected households of South Bhārat is generally familiar with vocal music or instrumental music; It is believed to have flourished due to Lopamudra’s persistent efforts.

Since Lopamudra herself was both - a princess and a sage's wife, she must have been a favorite of the princesses, as well as of the womenfolk from the Acharyakula and even the womenfolk of the forest, as many rituals of women, associated with Lopamudra are still observed in the South. In the South, it is believed that the worship of Agastya Muni is not complete without the chanting of the mantra dedicated to Lopamudra, and this is where the accomplishments of Lopamudra draw attention to the mind. This mantra is as follows-

(Greetings to you, O holy Lopamudra, the one who is extremely fortunate in all respects, having been a princess and a sage’s wife. Please accept my Arghya (offering in the form of water done through the cup of hands)

This mantra is chanted in the South Bhārat by the womenfolk for the success of husbands in their endeavours and this precisely is clear proof of the glory of the accomplishment of this great Pativrata (a woman who is committed to her husband in word and in deed).