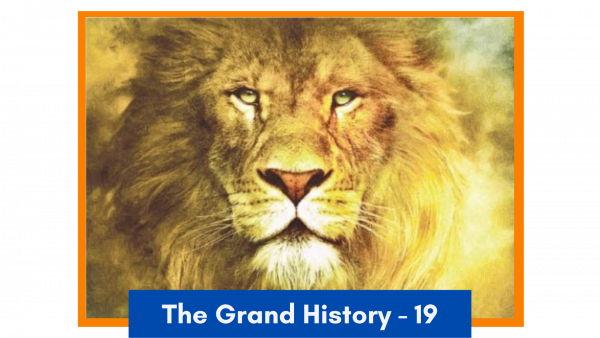 The name Agastya Muni is primarily linked to a story that has been narrated over the ages and which is known even to small children, and which is by way of an answer to the question, “why is the seawater salty?” Agastya Muni drank the waters of all the seas of the earth in one go and then expelled it out in order to maintain the balance of nature.

However, devotees in South Bhārat believe that Agastya Muni crossed the sea and travelled to various overseas countries such as Varhandweep (Borneo), Sumatra, Siam, Indonesia, Yavadweep (Java), etc. and here too, he attained a highly respectable position and brought about the development of the Bhāratiya culture. However, a study carried out with the help of Padma Purana and Mahabharata reveals that during the time of Agastya Muni, the seven demon kings, namely Kāladanshtra, Virochan, Tārak, Parāvasu, Sanhād, Kamalāksha and Pulomā, between them, held sway over the seven oceans (Saptasāgar). Each one of them lorded over an ocean. These demon kings and their gangs constantly sailed the oceans in big vessels and attacked the passenger boats. As a result, India’s maritime trade almost came to a halt.

Abhitapā Saurya, a composer of the Suktas of Rigveda, was a disciple of Agastya Muni and a worshipper of the Sun. Once, Abhitapā happened to see the huge ship of the demon king Pulomā and also witnessed his atrocities. At that time, Abhitapā had gone to Sri Lanka for some work. On his return, he informed Agastya Muni about it. Subsequently, Agastya Muni built a massive fighter plane with which he fought all the seven demon kings and defeated them. A reference to this is found in the Padmakriya Khand of the Padma Purana, in which Agastya Muni is clearly referred to as an aviator. Moreover, it is also stated therein that whoever meditates single-mindedly on Agastya Muni, in his role as a pilot, will acquire ability akin to authority over the seven oceans. This reference reveals the secret behind Agastya Muni drinking waters of all the seas on earth in just one achaman (sip).

Even today, there is a beautiful temple in Yavadweep (Java) dedicated to Agastya Muni. Besides, many folk tales of Agastya Muni still abound in Sumatra, Borneo and Indonesia.

Yet another great accomplishment of Agastya Muni was authoring the great granth ‘Agastiya Sakalādhikār’. Written in Tamil and containing many Sanskrit verses, the subject of this treatise was the art of making sculptures. The book provides in-depth directions on various topics of engineering and architecture, such as building houses, villages, cities, statues, temples, charitable shelters and cave complexes. This book has a total of eleven chapters (eleven subjects). Even today, sculptors and temple builders of south Bhārat strictly follow the rules regarding the proportions of idols laid down by Agastya Muni in this scripture. Anyone who has seen the sculptural beauty in the temples of south Bhārat will surely appreciate Agastya Muni’s extraordinary skill in the art of sculpting. Until the time of Agastya Muni, the worship of Paramashiva was limited only to Linga Pooja. However, in order for the common people to understand Paramashiva’s ‘Mahadev’ form, Agastya Muni wrote a sub-chapter on His images in this grantha, in which he has given a description of the images of Shiva in sixteen different stances (Mudras).

In several temples of Agastya Muni, his idols can be seen in various stances. However, in most places, a prominent feature of these idols is that they not only have just dreadlocks but also have artistically engraved crowns over their heads. No other royal ornaments, but these crowns, which are part of the idol itself, and with the symbols of Sun and lotus engraved on them, depict Agastya Muni as the uncrowned emperor.

All these idols can be seen to have a golden belt (Mekhala) tied to the waist, for which there are legends around it. It is believed that in the region of Tirunelveli, the Sun Himself tied the golden belt around Agastya Muni’s waist, because of which the demons could not affect Agastya Muni with their illusory powers. On the other hand, in some places, it is believed that the Sun tied the Gayatri Mantra on the navel of Agastya Muni in the form of the golden belt. In the next editorial, we shall see how the latter belief seems more logical and convincing.