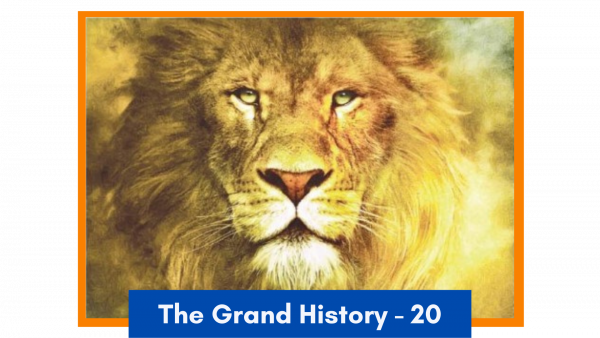 The part of Agastya Muni’s life, relating to his stay in Dandakaranya, is an extraordinary chapter. At that time, the society that inhabited Dandakaranya was largely cultured and righteous. There were three civilized kingdoms that were situated in Dandakaranya, viz. Vakataka, Madhumanta and Shaival.  Dandakaranya, during that time, extended right upto the banks of the river Krishna, while some part of it was to the north of the Vindhya Mountain and some to its south. The kingdom of Vakataka was the most cultured and developed. However, after the youngest son of Ishvaku, Danda, became the ruler of the kingdom, his misrule inflicted a lot of suffering on his subjects. He appointed Shukracharya, the guru of the demons (Rakshasaguru) as his priest, and with his help many groups of demons came to settle down in Dandakaranya. The demons were given positions of authority in all spheres. King Danda was captivated by the beauty of the eldest daughter of Shukracharya, Araja, and there began a love affair.

Enraged at the affair that was going on without his knowledge, Shukracharya got Araja married off to the demon Khara. This led to a feud between King Danda and Shukracharya, as a result of which Shukracharya got King Danda killed. Thereafter, the demons went on the loose and made it impossible for the civilized communities to live in Dandakaranya. While the common people amongst them migrated to Kanha Desh (Khandesh) and Vidarbha, a few settled down in the kingdom of Shurparak. However, many groups of sages continued to live in Dandakaranya in their ashrams, as the demons were unable to destroy them due to the immense power of their austerities. Since Shukracharya’s nephew, ‘Shyena Agneya’, was one of the sages who lived in the ashrams, Shukracharya himself was against the harassment of the sages. Seeing this, the demon king Irval of the city of Madhumanta deceptively arranged to send Shukracharya away from Dandakaranya. Thereafter, Irval and his brother Vatapi adopted the policy of infiltrating the ashrams in the guise of sages. Due to their knowledge of the Sanskrit language and also the Vedas acquired from Shukracharya, they both were able to easily conduct themselves like sages and kill the sages through treacherous means. After Agastya Muni arrived in Dandakaranya, the sages who had continued to live there visited him and narrated to him their agony. Subsequently, Agastya Muni prayed to Indra and beseeched him. and Indra, in turn, instructed and explained the Gayatri Upanishad to him. This made it possible for Agastya Muni to slay Irval and Vatapi and reclaim and secure a vast area. Later, Agastya Muni established an Ashram tradition for studying the Gayatri Upanishad and preached this very grantha to Parshuram on the Odbhit mountain. It is believed that Gayatri Upanishad bestows pure and sattvic valour and courage. Today, this Upanishad is known by the name ‘Jaiminiya Upanishad Brahmana’.

Agastya Muni took the learning of archery to its zenith and authored a book titled ‘Dhanurveda’. Agastya Muni trained Sage Agnivesh in Dhanurveda and instructed him to impart this knowledge only to those kings who were virtuous and who cared for their subjects.

After the coronation of Rām, Agastya Muni composed ‘Agastya Ramayana’. This Ramayana consists of a total of sixteen thousand shlokas and contains information about Sita in more detail, and also has elaborate descriptions of the Dandakaranya and Vānar kingdoms. As Agastya Muni had himself lived in Dandakaranya for many years and also later on had met Rām in person, one can find several different descriptions and stories in ‘Agastya Ramayana’.

Agastya Muni’s ‘Shiva Samhita’ is considered one of the earliest texts in Shaivite literature. This book has lessons on Shiva, Paramashiva and Sadashiv - the three forms at the gross, subtle and causal levels respectively. The descriptions of the Bhadra (welfare) form of Shiva and the Shiva Parivar (family of Shiva) are found for the first time in this book. This book clearly reveals the oneness of Rudra of the North and Shiva of the South.

However, there is no reason to look for Malaya Mountain in order to find or meet Agastya Muni. He can meet, anywhere, a pure Bhakta, who keeps faith in him after coming to know of his great work.