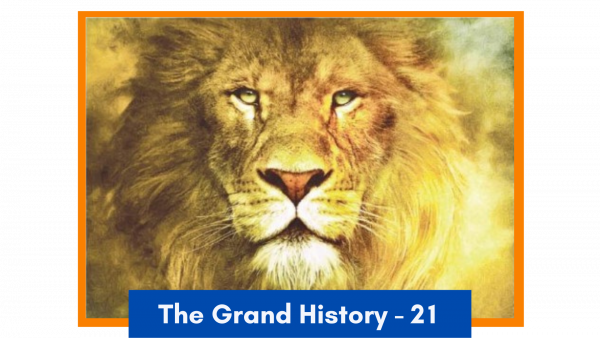 We have studied the various events that took place in the life of Agastya Muni and also his work. As we come to understand this entire history of Agastya the principle that clearly emerges from it is - ‘what is it that a man cannot do? When a man is inspired by a great and sacred goal, and pursues his mission, keeping his connection with God alive and intact, he no longer remains just a person, but becomes a great force to reckon with.’

Today’s Bhārat, which is well-educated and progressing on the path of science, is literally being fragmented on various lines such as language, sects, sub-sects, castes, sub-castes, etc. The ones blowing the trumpets of scientificism, have indulged in nothing more than hollow blabber about how to integrate the fragmented Bhāratiya society.

If we look at the history of Bhāratiya culture and the Bhāratiya political system in an unbiased manner, wise men can easily see that, there have been brutal cultural and political aggressions on Bhārat repeatedly from outside and the internal differences within this great and vast country, which resembles a continent, made it more and more crippled as well. It is on every such occasion, the lost identity of Bhārat was retained  because of the great visionaries, who emerged from the great Bhāratiya culture. These visionaries were, at times, ascetic sages, karmayogis, rajayogis and saints and seekers.

Raja Janak and Samudragupta who, despite being emperors themselves, led Bhārat to prosperity with great caring, affection and justice. Great Dharmacharyas like Adi Shankaracharya, Ramanujacharya, Vallabhacharya and Madhvacharya, awakened Bhārat that was in the slumber of inactivity. Lord Buddha and Lord Mahavira were the divine beings who resisted unreal and unreasonable violence. Dnyaneshwar, Kabir, Surdas, Chaitanya Prabhu, Tyagaraja, Eknath, Namdev, Chokhamela and Tukaram were Vijigishu saints (who taught how fate can be conquered).  From Guru Nanak Dev ji to Guru Gobind Singh ji, they all taught the whole of Bhārat, the science behind faith (religion) and how to fight a war to defend one’s faith. Mighty kings like Rana Pratap Singh, Chhatrapati Shivaji Maharaj and Raja Ranjit Singh fought wars all their lives to liberate Bhaarat from captivity. In the very recent past, Lokmanya Tilak, Mahatma Gandhi, Subhash Chandra Bose, led the great freedom struggle to oust the British from Bhaarat. Indira Gandhi, the capable and powerful Prime Minister of Bhārat, taught Pakistan a lesson by handing it a humiliating defeat it in the 1971 war. So did Vallabhbhai Patel, who struggled to make the dream of a united India come true, Jawaharlal Nehru and Mahameru (steadfast as a mountain) Swatantryaveer Savarkar. I know that even if one decides to take the leading names, thousands of pages will be insufficient because this Bhārat is a vast sea of twenty-five thousand years of depth, infinite spiritual tendency is its length and having eternal width of the ocean by way of Nishkam Karmayoga  by the Almighty; and from whose womb have born innumerable gems over the eons.

Looking at all these gems mentioned above, one thing is very clear that (in a way) they were all followers of Agastya. Their journey as a person continued and they performed great acts and brought about great transformations. The strong commitment of all these individuals to Bhāratiya culture was their greatest strength and their biographies are like a guiding light even today.

One may have differences of opinion about the lifestyles and opinions of some of these people or some of them might have made some mistakes also; but instead of just repeatedly pointing out their mistakes, if we adopt their passion towards the cause and all that was good and praiseworthy in their lives, and put it to use assuming it to be inherited from ‘our father’, our Bhārat will once again experience the same golden age.

And hence this series of articles - ‘Samarth Itihās’ will also go on, just taking some other directions in between.